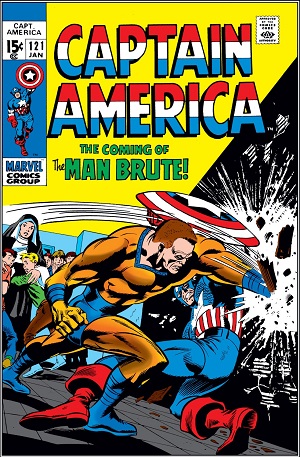 This standalone issue lets us see Captain America through someone else’s eyes; reveals the compassion of an accidental villain; and gives Cap his first exposure to an alternative, version of himself—a man similarly modified by science but with less benevolent intentions and successful results.

The issue opens with Silas X. Cragg, one of the “nameless men [Cap] had brought to justice… those long years ago,” who now wants justice against him. Reviewing newspaper accounts of Cap’s beginning, we get a unique glimpse into how one of Cap’s enemies might see his origin.

Note how Cragg sees young Steve has a layabout—albeit one who apparently volunteered for military service—who seems lackadaisical about joining Project Rebirth.

I like how Gene Colan depicts Steve’s transformation (in Cragg’s imagination) in the style of Jekyll and Hyde, showing Cap to be imposing, almost monstrous. This is particularly fitting, because Cragg administers his serum to a down-on-his-luck ex-con to transform him into a man—more precisely, a Man-Brute—powerful enough to defeat Captain America.

The next part of Cragg’s plan: lure Cap out. And he uses a familiar tactic (and manipulates the Avengers in the process). 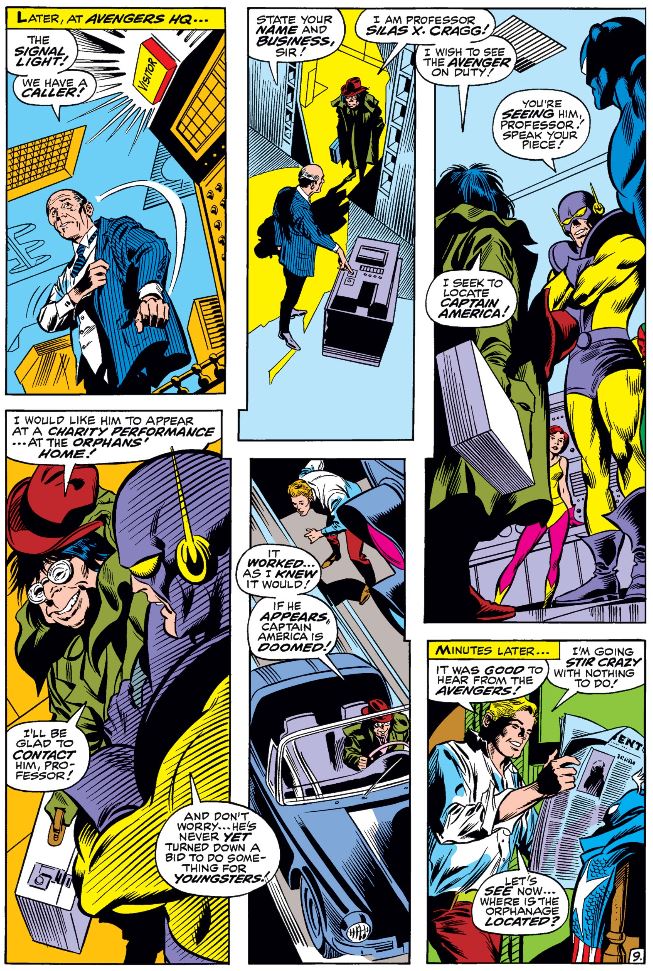 You’d really think they would have developed a better screening method for charitable appeals by now—evildoers have been pulling this stunt for years—and this goes for the charities too, who believe everything’s on the level. 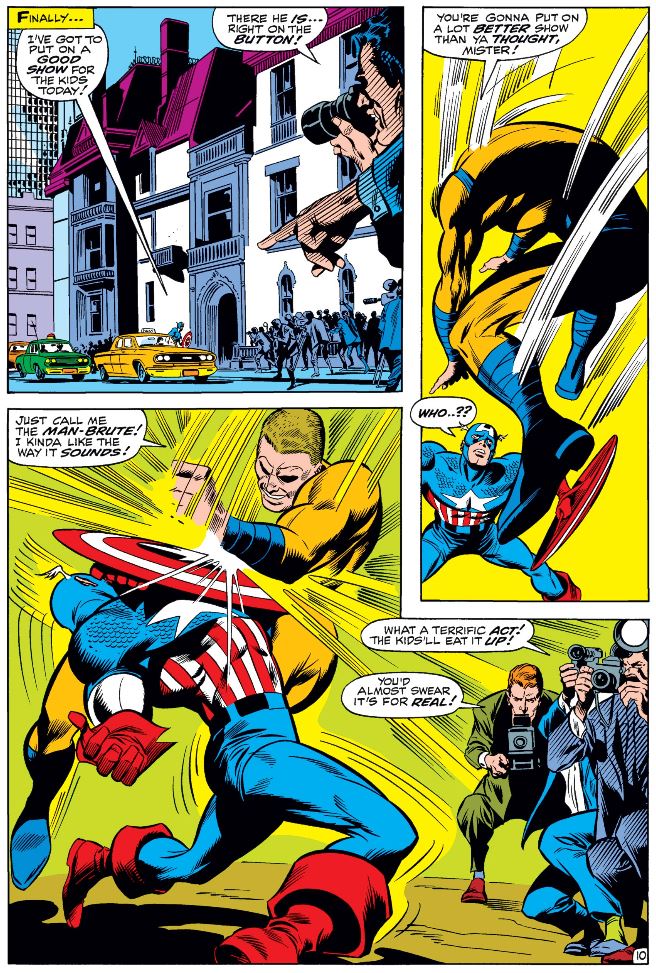 That photographer at the bottom must be new.

Of course, while Cap is being pummeled, his concern lies with the children, who thought they were getting a show.

While Cap uses his superior fighting skills to evade the stronger man, he also recognizes, to some extent, a commonality between the two opponents. (This will hardly be the last “corrupted” version of himself he’ll face.)

Cap continues to worry about the kids, at the same time one of them starts to get wise. (Keep your eye on him.)

Cap asserts the importance of skill over power—what, no judo lesson?—but Man-Brute does seem to have a lot of power.

When Cap does get a chance to use judo, he can’t, because our little friend decided to join the fight… and ends up saving the day.

Cap never does find out why, but we do, when Man-Brute returns to Cragg, says he almost killed a true hero and the boy who risked his own life to save him… a boy who was his son. Cragg stumbles backwards into his electrical panel and is electrocuted, and Man-Brute swears never to use his strength again.

A tender moment to be sure, but wait a sec, Cap… fifteen years ago? 1955? Weren’t you a little underwater then? Unless by “more than 15 years ago” you mean a lot more than 15 years ago. Or, unless you thinking of your brief 1950s adventures, which were retconned to be William Burnside, not you—but then, you wouldn’t remember them anyway. (Or maybe Nick just brainwashed him again.)

On the final page, we see Cap revisit his reverie, unaware that a familiar fate is mere steps away. 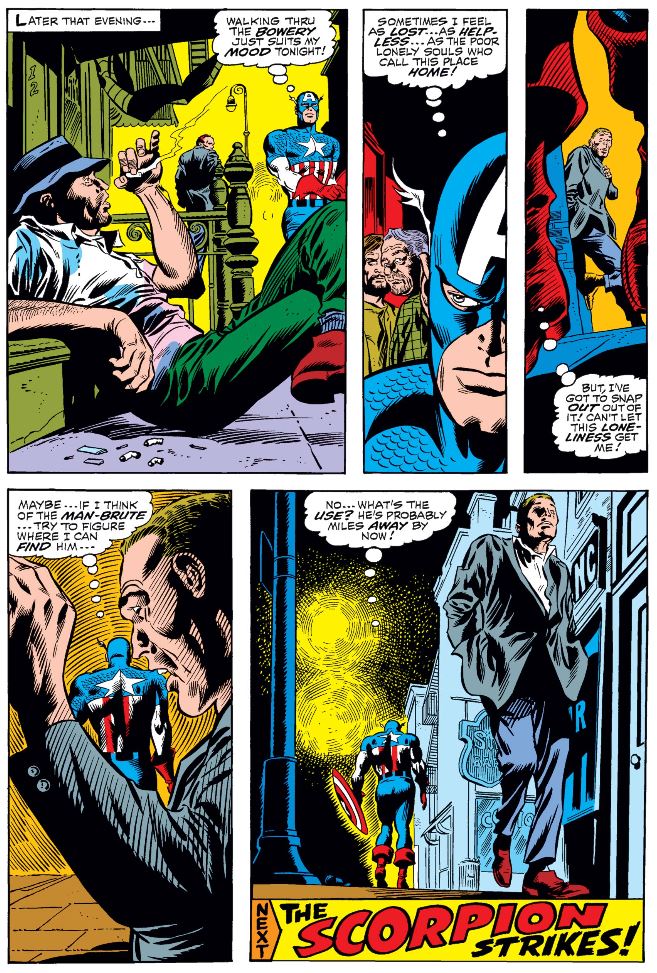 Man-Brute does return, however… as Blockbuster in Omega the Unknown #7 (March 1977).