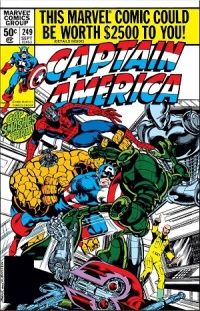 This issue concludes Captain America’s battle with Machinesmith that began in issue #247, finally bringing the Sentinel of Liberty face to face with his foe as well as a number of other familiar faces (kind of). We also touch base with Cap’s new friend, Bernie Rosenthal, although you’ll have to tell Cap about it, as he is otherwise disposed…

…in someone else’s embrace, as you’ll no doubt remember from the end of the last issue. 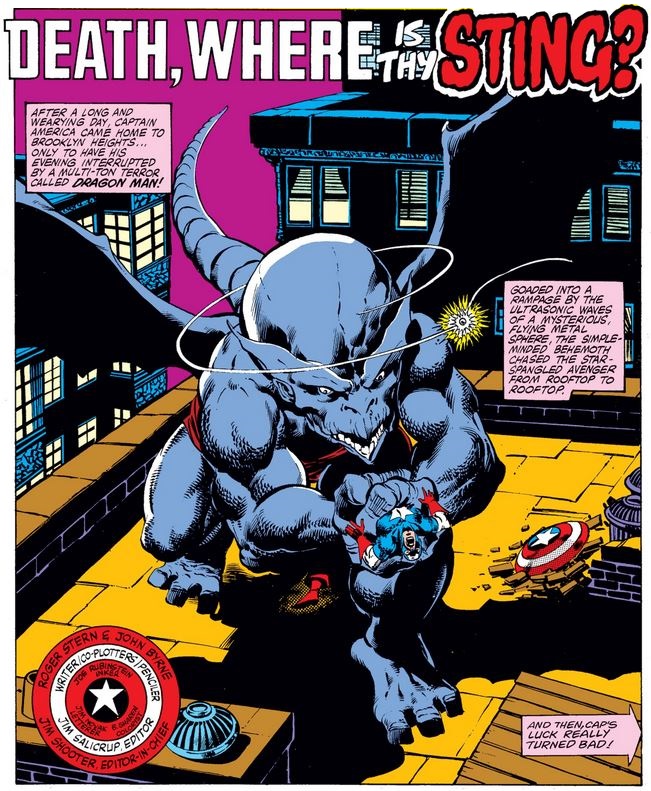 With his shield out of reach, Cap is left with only one “weapon” to use again the mighty android… 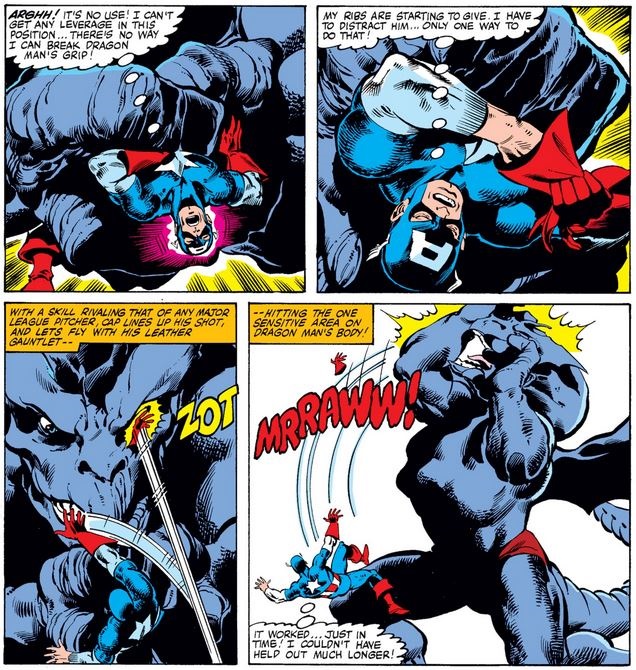 Bullseye! (Or maybe, dragonseye?) Regardless, Cap is sympathetic toward the childlike Dragon Man, and focuses instead on the small globe Machinesmith uses to control the robotic beast.

Cap finally manages to smash the device, which despite cries of SQUEEEE elicits no sympathy (aww)… 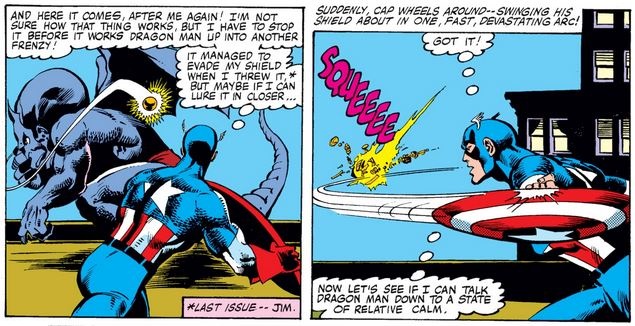 …and then starts to tell Dragon Man the sun’s getting real low, but the android has other plans, and Cap worries about further damage and possible casualties (as well as getting to the bottom of all this).

Lacking an enchanted hammer or jet-boots, Cap uses his skill with knots to hitch a ride on a dragon… man… robot. 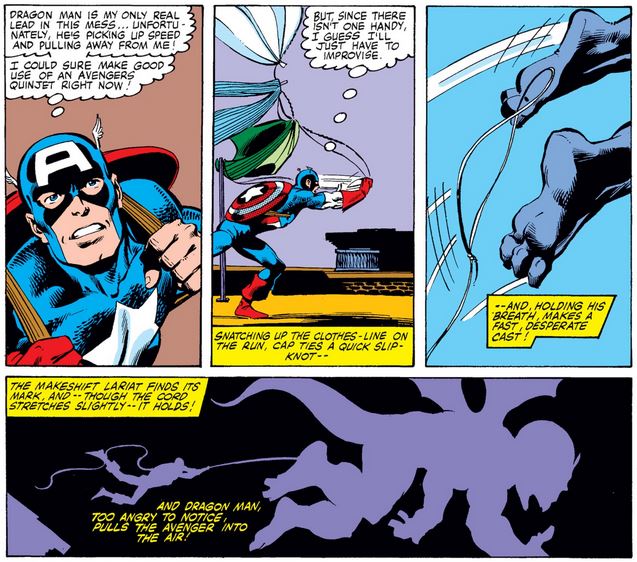 Meanwhile, Lois wonders where Clark went after Superman flies away after Bizarro. 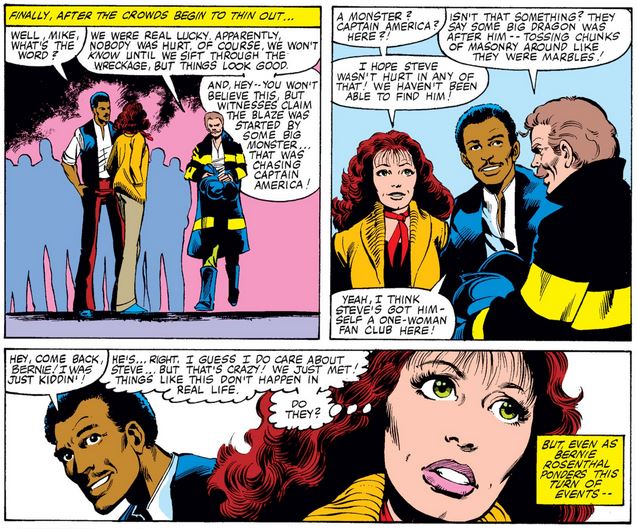 Back in the air, Cap’s flight with Dragon Airlines is coming to an end, and his landing seems a bit impossible, even for him. 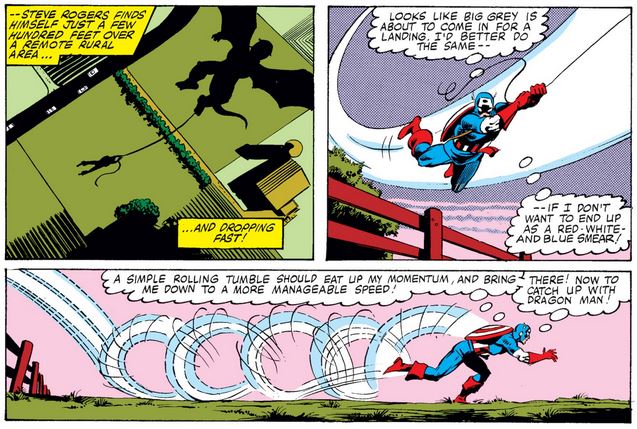 Don’t try this at home, kids! 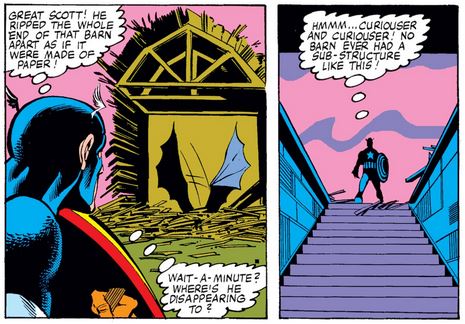 …at the bottom of which he finally meets Machinesmith (after the robotic mastermind disposes of Dragon Man). 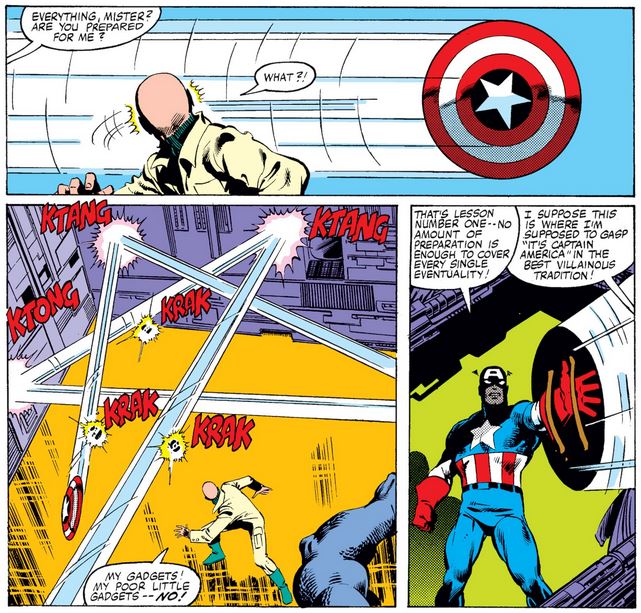 He could always add “with his magical vertical shield throw,” but that’s up to him.

Machinesmith takes responsibility for Cap’s recent robot encounters, and then gives him one more for good measure. 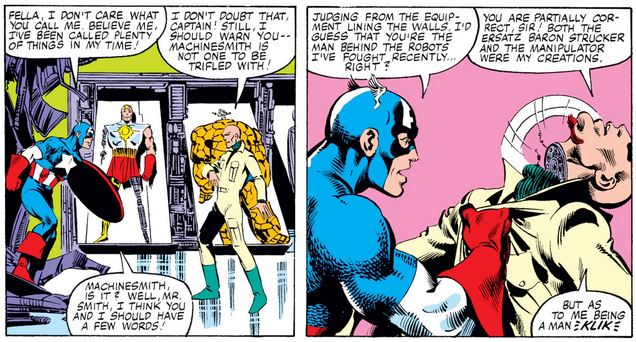 Sorry, did I say one more? 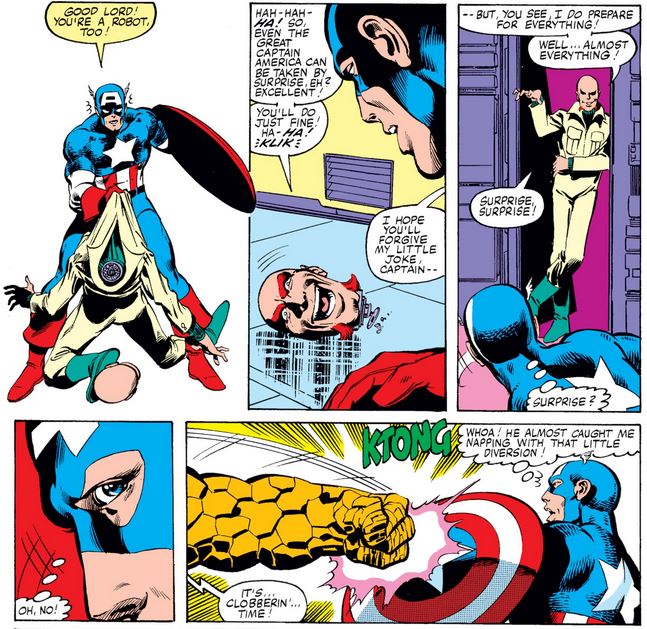 Cap finds himself fighting incomplete robot duplicates of the Thing, Spider-Man, and Magneto, as well as other faceless androids, and ultimately multiple Machinesmiths, all controlled by his consciousness, which only exists in machine form after the death of his human body (as he explained in a villainous exposition of his origin during their battle). But Cap figures out where the robots are centrally controlled from… 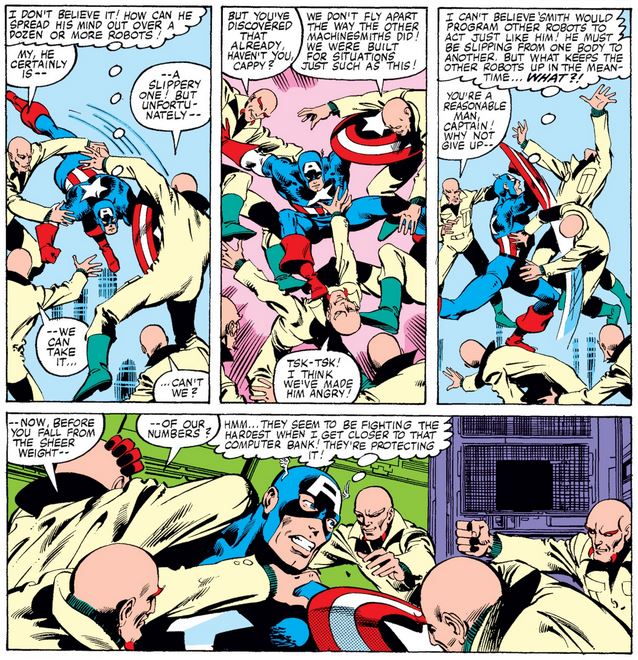 …and he strikes it, hoping to sever the connection with the robots… 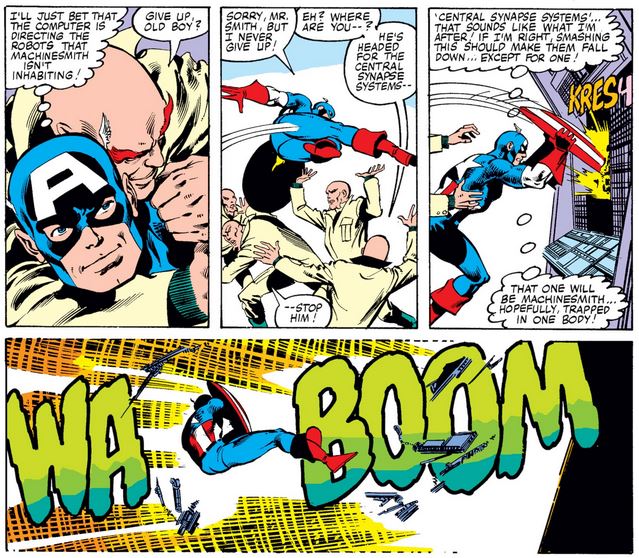 …but actually doing much more. 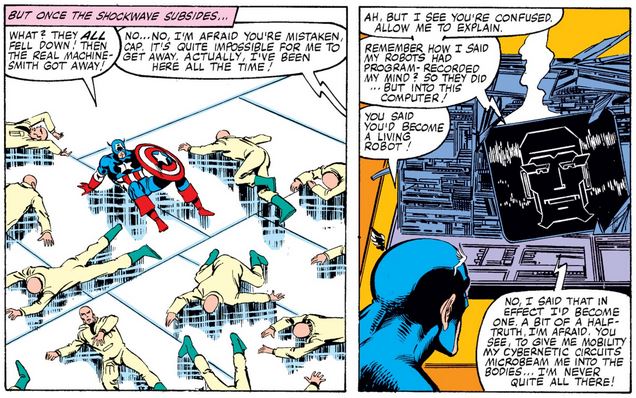 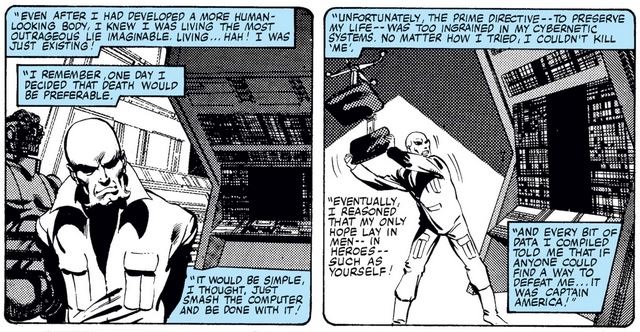 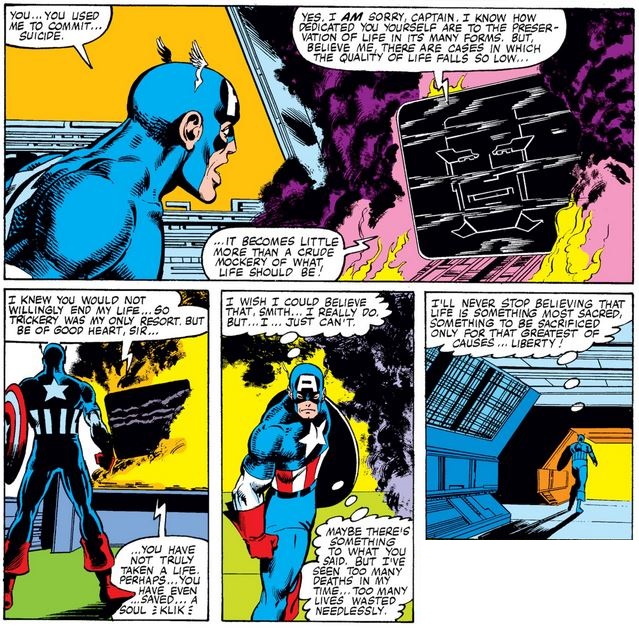 …a result he cannot accept, believing that all life has potential value, despite Machinesmith’s passionate argument to the contrary. Cap’s view is similar to one of Immanuel Kant’s arguments against suicide, that it’s an unacceptable exercise of individual liberty for a person to end one’s capacity for it. (For a brief critical treatment of this, see here.)