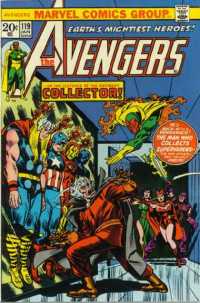 This standalone story takes the Avengers to Rutland, Vermont, already the traditional location for Marvel Halloween stories, as we’ll soon see. (Don’t let the cover date fool you!) As a bonus, the Collector shows us what happens when there are not quality action figures of his favorite heroes commercially available for purchase. Also, this is Cap’s last regular appearance in Avengers for a while, as events beginning soon in his own title pull him away.

As the issue opens, we’re still in the aftermath of the Avengers-Defenders War (covered here), with the Avengers licking their physical and emotional wounds, and Cap expressing sympathy to the Vision for a recent “glitch” (of which there will be more to come).

After our heroes defeat their own security system—and the Scarlet Witch snaps at Thor, calling him “no better than a human,” causing the Vision to react—Cap tries again to calm his friends down and turn to business at hand… namely, finding something to do with Odin, whose minds remains “shattered” after being exposed to the Evil Eye at the end of the recent battle.

When Mantis receives a vision about Rutland, the rest of the Avengers well know what they’re in for… and waste no time in getting there (after Tony and Vision finish making a YouTube video, of course). 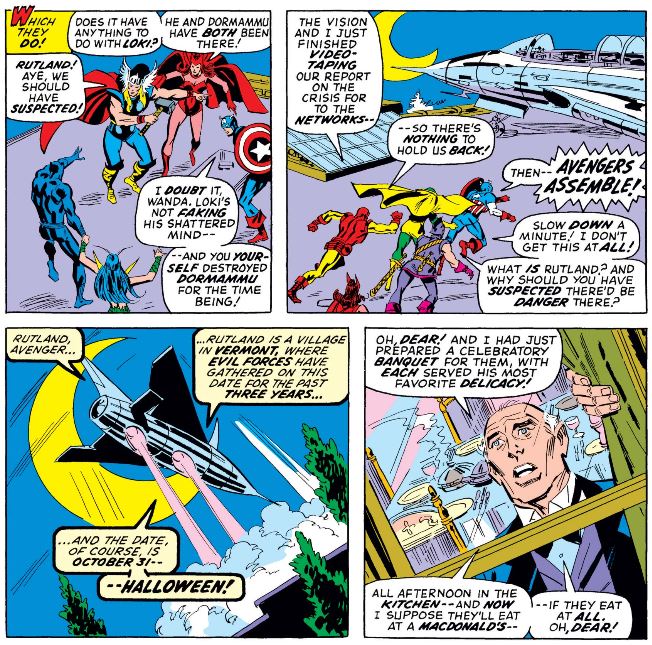 Don’t Vision and Thor look thrilled to see all the cosplayers? Nonetheless, Thor joins Cap, Iron Man, and Black Panther on a parade float, waving at the Halloween revelers, until their friend Tom tries to lure them into the woods, and Cap smells a rat.

Probably the most interesting aspect of this story is learning that Cap’s shield has a sharp “slicing edge,” which I don’t remember being mentioned before. (Feel free to correct me if I’m wrong.)

As we may have guessed from the cover, “Tom” is actually the Collector, whom we first met in Avengers #28, and he only wishes the Avengers were in their original packaging. 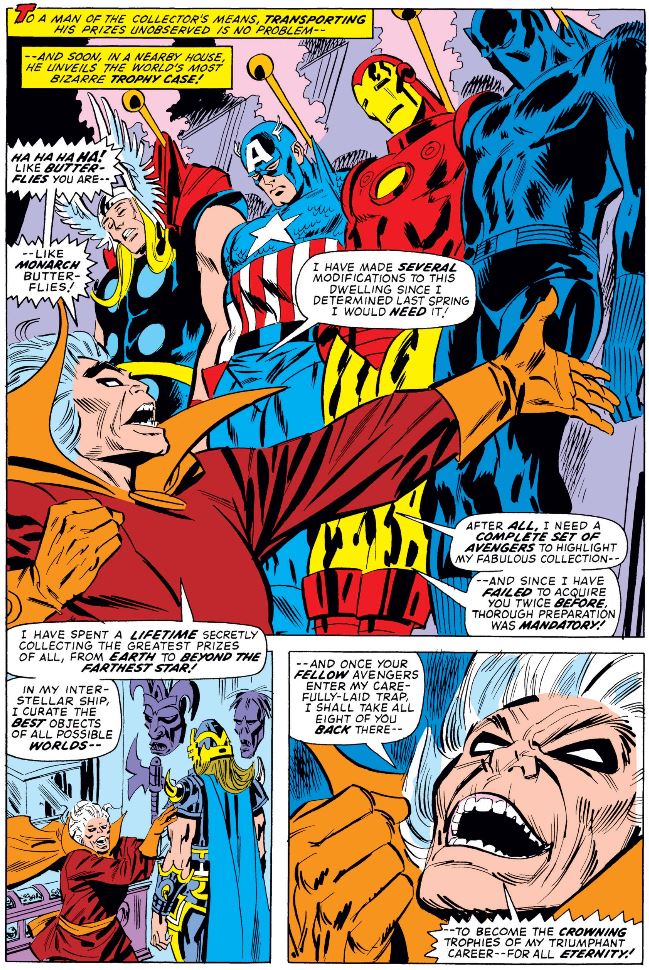 Meanwhile, the rest of the Avengers (Wanda, Vision, Mantis, and the Swordsman) discover the real Tom tied up in the woods, and they craft a brilliant plan to defeat the Collector (and poke a little fun at comics fandom in the process). 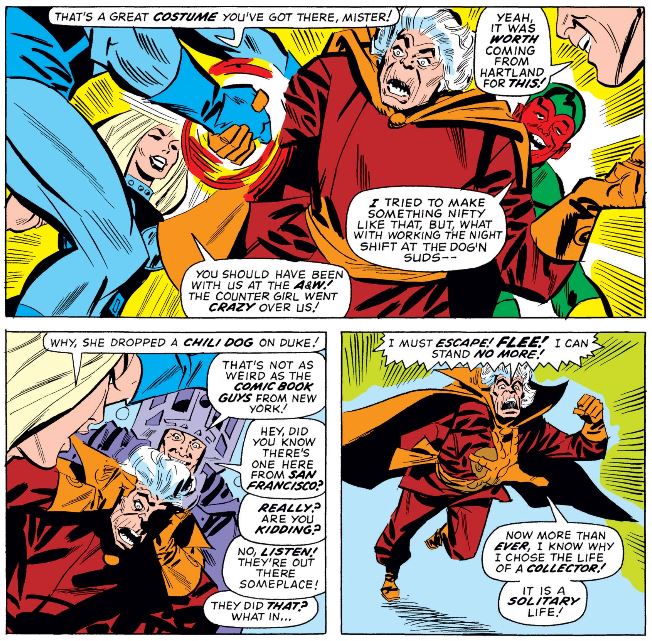 Just think, this was written many years before the development of huge comic-cons like San Diego and New York (with those “weird comic book guys”).

…but the Collector is not yet defeated, creating thousands of vampire bats out of thin air to cover his escape.

And at the end of the tale, Tom agrees to watch Loki while he recovers. As Thor says, “no spot on Midgard is closer to an Asgardian’s heart than the cool forests of the northlands”… of Vermont.