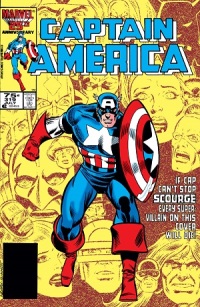 This issue continues the current storyline focusing on the Scourge—see the last post for more details—but it’s more notable, at least as far as I’m concerned, for the first extended interaction between Captain America and Rachel Leighton, a.k.a. Diamondback, a member of the villainous Serpent Society that has been a regular presence in this title since issue #307. (Does it seem longer to anyone else? Ugh.)

As the issue opens with what I can only assume is a tribute to either the Motörhead song or the classic New Jersey thrash band named after the album on which it first appeared, Cap is giving a silent performance review to the C-list villain he’s currently fighting…

…Blacklash, who was previously the original Whiplash and, under both names, was defeated several times by both Iron Men (Tony Stark and James Rhodes), which he conveniently forgets to mention.

Gee, maybe a Michael Stanley (RIP) song would have been more appropriate for the title… or Ian Hunter.

After clarifying that he’s living up to the title of Captain America, not Captain New York City, and making sure it was OK with the local officials that he caught one of the bad guys, he asks said bad guy why he doesn’t kill people for money anymore (which you’d think Cap would be happy about). 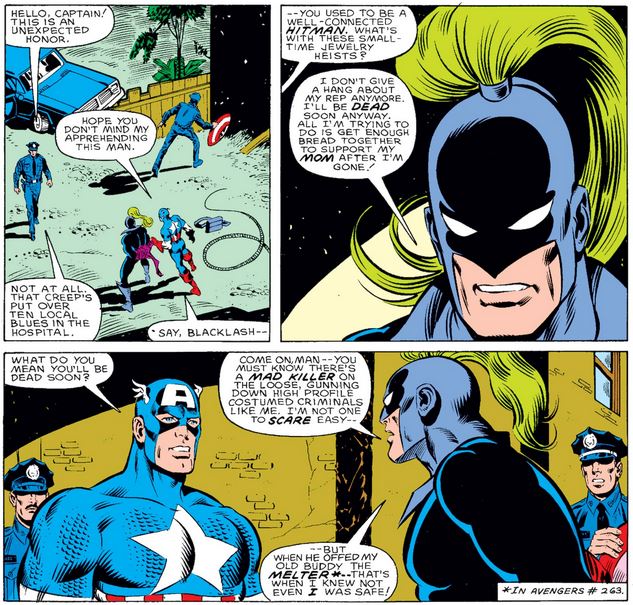 Blacklash reminds Cap about this whole Scourge business (before he scoffs at the Miranda warnings), and then Cap starts thinking about looking into it. (He might be more motivated if he knew his sparring partner from the last issue was also killed by the Scourge.) 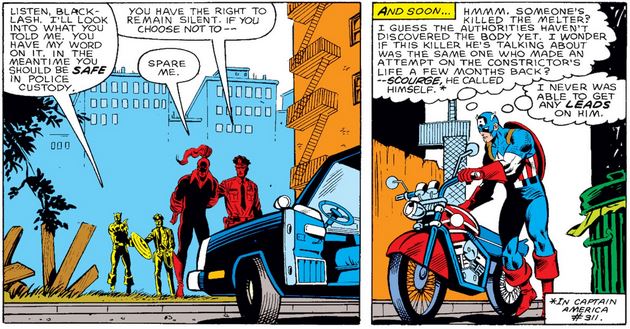 I don’t know if he parked by a river like Matt Foley, but Captain America calls his van his home… especially after it’s been tricked out with a sweet computer set-up, circa 1986.

Never let it be said that the Greatest Generation couldn’t multitask, as Steve wraps up his pencils on the Captain America book for the in-universe Marvel Comics.

I have benefited many times myself from understanding editors!

Cap suspects the Foolkiller may be his serial murderer, so he pays a visit to someone who once went under that name, and meets a Young Frankenstein fan in the process.

It turns out the villains are also trying to find the Scourge, and the one of them had the same idea about the Foolkiller… and a distinctly different idea about Captain America.

One has to wonder if he’s ignoring her advances or if he really doesn’t pick up on them. In any case, he makes clear that he doesn’t normally work with criminals…

…and then she sings a few bars from “Gee Officer Krupke!“, which she probably thinks worked better than it did. 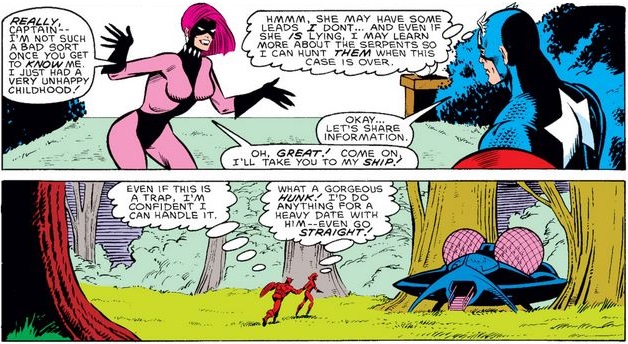 Yes, they’re definitely on the same wavelength—just like a classic screwball comedy!

Cap asks Rachel for a little more of that song, and seeing as how we’re going to be seeing a lot more of her in coming issues, let’s listen: 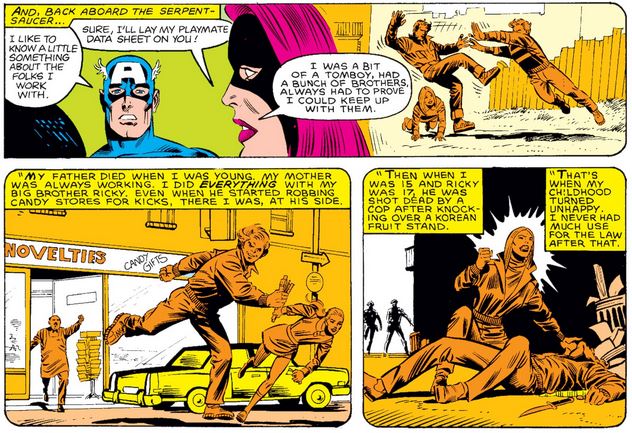 Afterwards, she leans hard on Cap’s tendency to help out those in need… but screws up when she hits on him again, even less subtly than before, and then starts a game of “hide the key and maybe we’ll both die.”

…which pays off, but she ends up losing her bet.

Cap doesn’t want to waste a second getting out of there, but does let Rachel land the craft before rejecting her final plea. 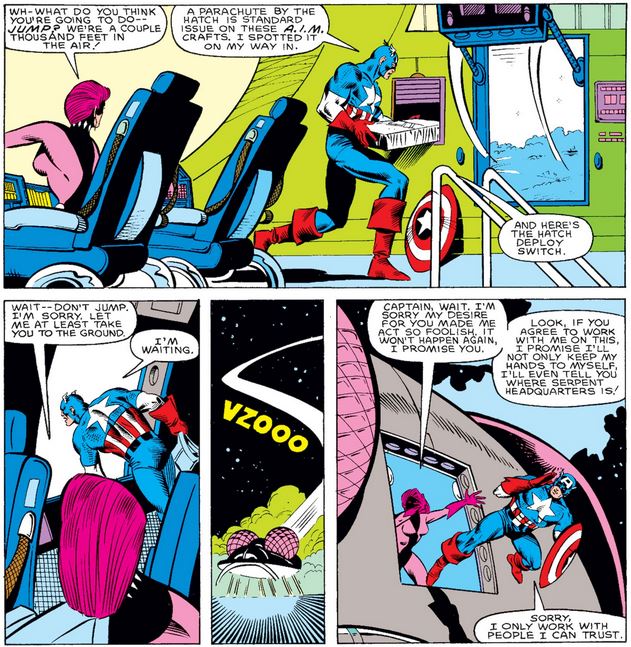 Once on the ground, Rachel chases after Cap and runs straight into a bullet… and Cap makes the natural inference given the danger costumed criminals are in these days. 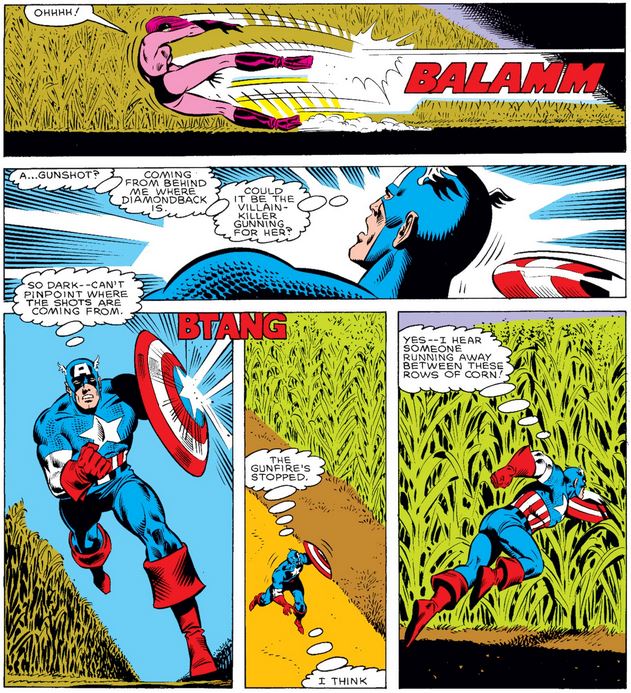 But when he finds the shooter, it is just an average farmer protecting his crops from… Martians.

He might be thinking of Skrulls, in which case he’s ahead of his time. (And this is not Captain New York City, sir—have you even been reading?)

Afterwards, the Scourge walks into the Bar with No Name, the infamous criminal hide-out, and massacres eighteen villains (explaining the cover). Next issue: Cap meets the Scourge!