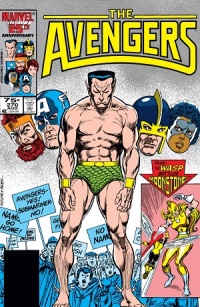 This issue mostly follows up on the protests over Namor joining the Avengers that we’ve seen in recent issues, and, as one of his oldest friends—one of his only friends, really—Captain America is affected personally by this. (Am I reading too much in the cover, or could it be a bit of an homage to Fantastic Four #51?)

Although Cap is nowhere to seen yet, I’ll show you the opening splash to give you some idea of the size of the crowd, the city’s reaction, and the extremely well-lettered signs carried by protestors on both sides. 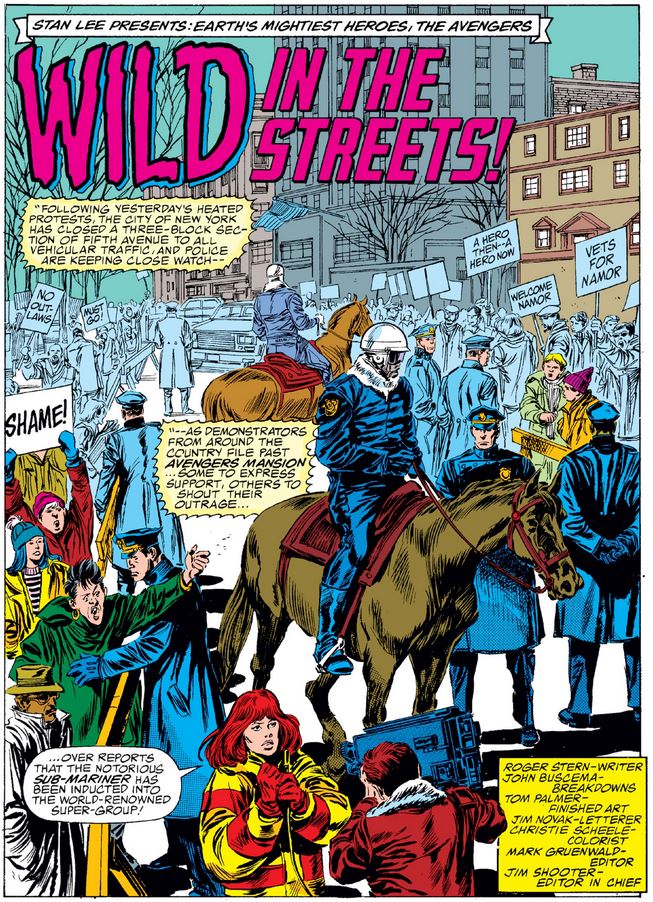 Here are some opinions from people on the street, all valid points if some are inelegantly made… 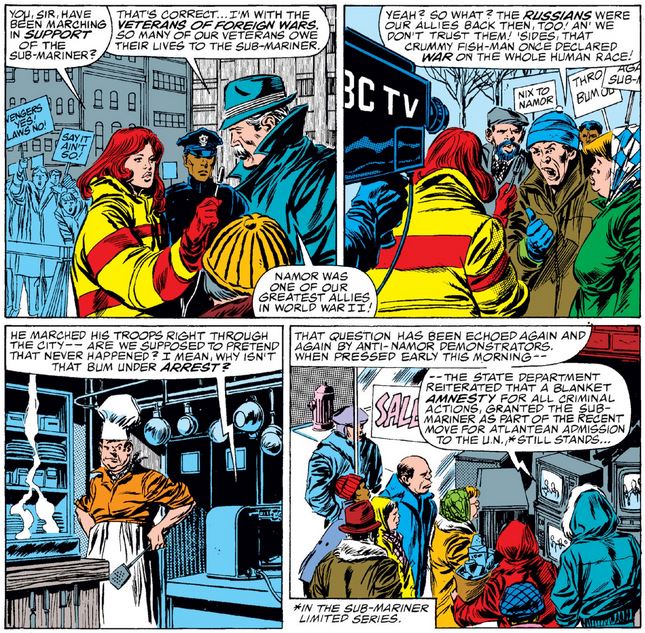 …but the question arises as to the Avengers’ response, Jarvis wonders if they even read the last post. 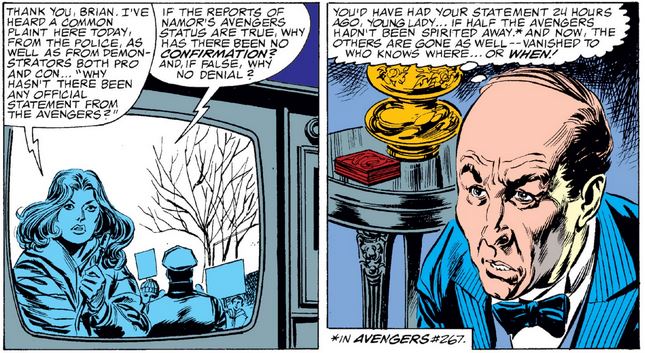 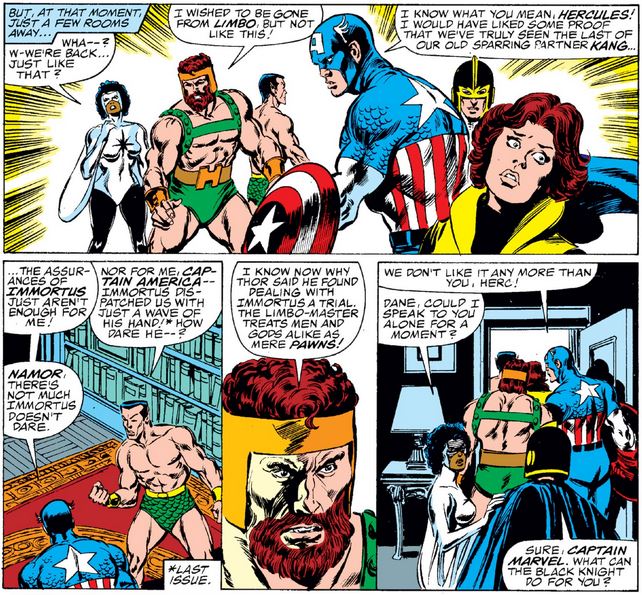 …before they check in with Jarvis, who lets them know what the people in the magic talking box have been saying. The Wasp tries to take some responsibility, but finds herself having to talk Hercules down before Cap reminds the impetuous demigod of Americans’ right to protest. 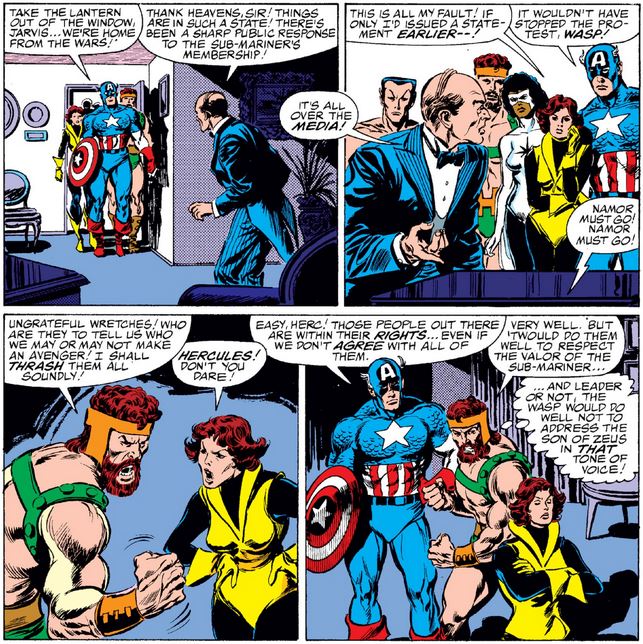 Captain Marvel, who spent a good bit of the last three issues pondering Namor’s behavior and state of mind, is surprised once again at his calm in the face of the popular reaction to his joining the team… 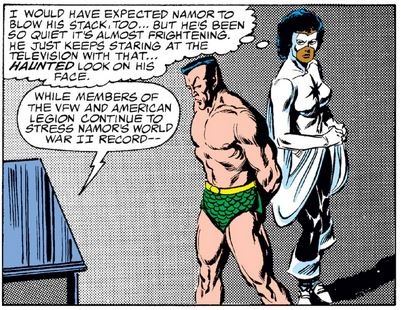 …a calm explained by an impressive (and yes, surprising) degree of humility and understanding. 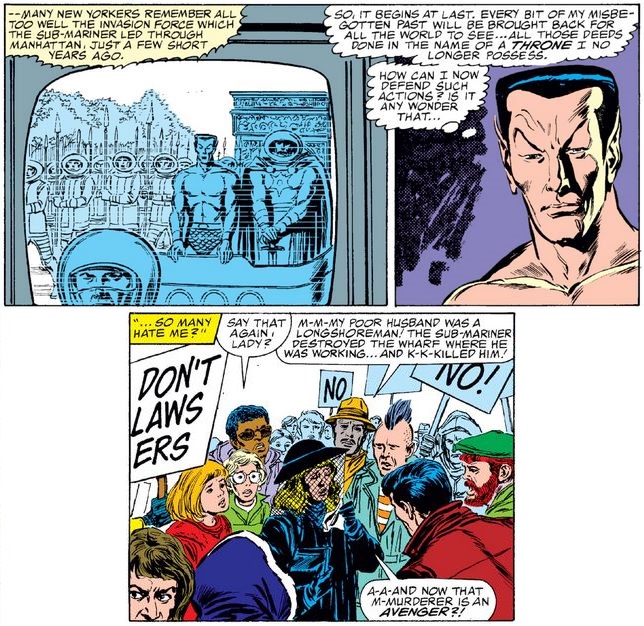 The widow above is actually the villain Moonstone, making false allegations to fan the flames of anti-Namor sentiment, allegations that Cap resolutely denies out of loyalty and faith in his friend. 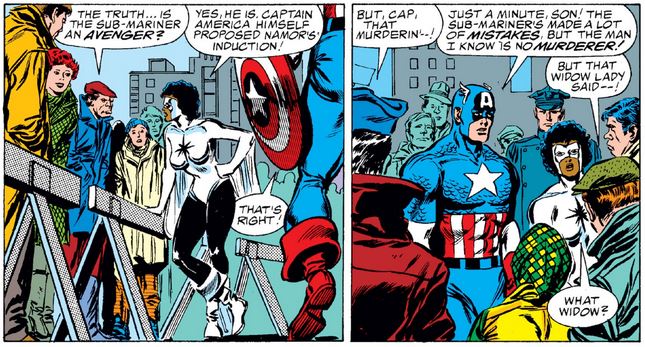 Once Moonstone realizes the Avengers are on to her, she creates a diversion by shooting a helicopter out of the sky, which a hero such as Namor cannot ignore. 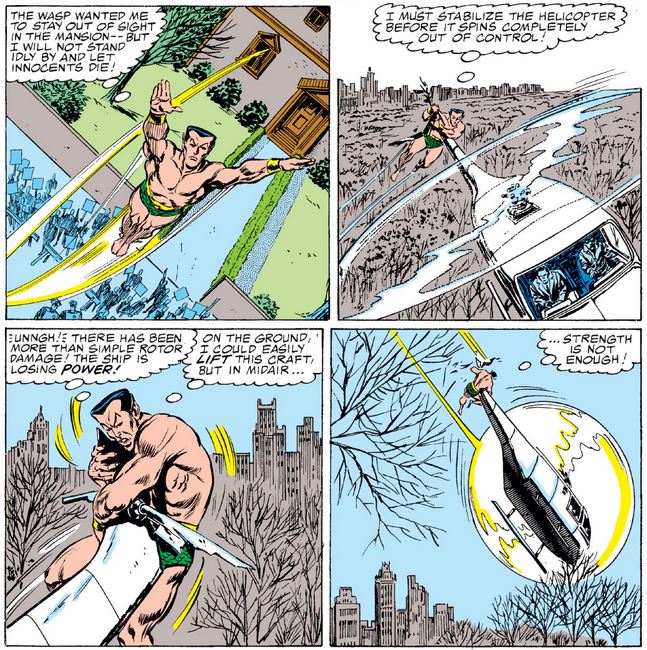 Namor and the helicopter hit the ground in a fiery explosion, but the Avengers are too busy fighting Moonstone to notice until she’s defeated, after which Namor emerges with survivors of the crash. 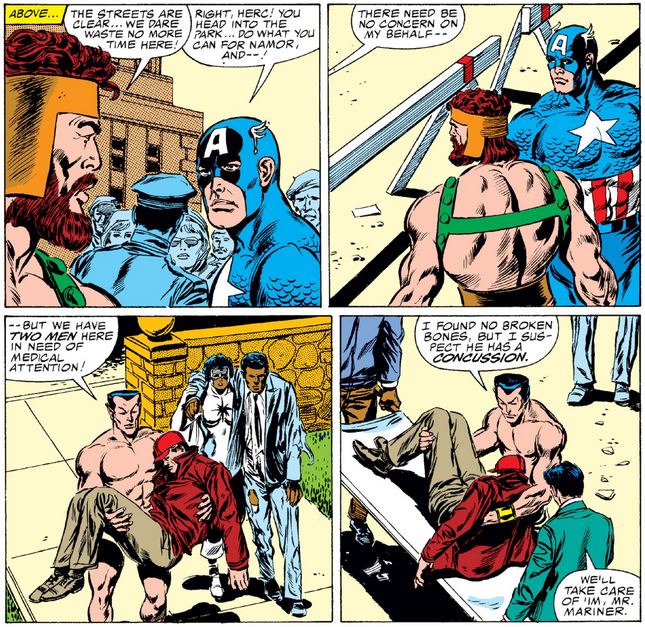 Does this act of bravery and heroism redeem Namor in the public’s eyes? Not those who suspect it was all a set-up, but as Captain Marvel says to FBI Agent Freeman, some people are very resistant to facts and logic, especially when they believe they alone know the “real story.” (Imagine that.) 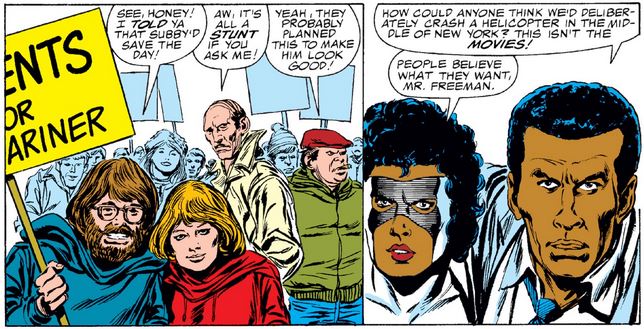 On the bright side, some people are willing to change their minds, such as when Cap unmasks Moonstone and reveals her to be the “grieving widow.” 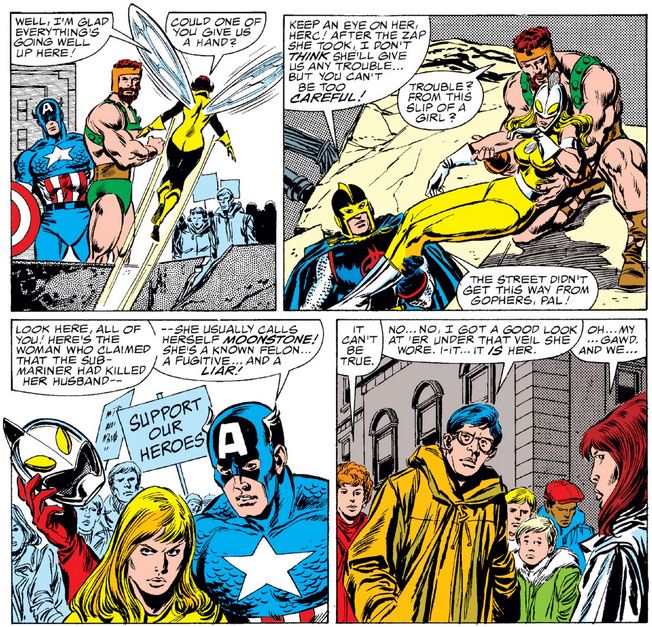 After the police take Moonstone away, Namor finds himself served—as in, with a summons. With Matt Murdock and Foggy Nelson indisposed this month, as we’ll soon see in Daredevil #233, the Avengers call on… umm… Michael Costello, Esq., for legal advice. 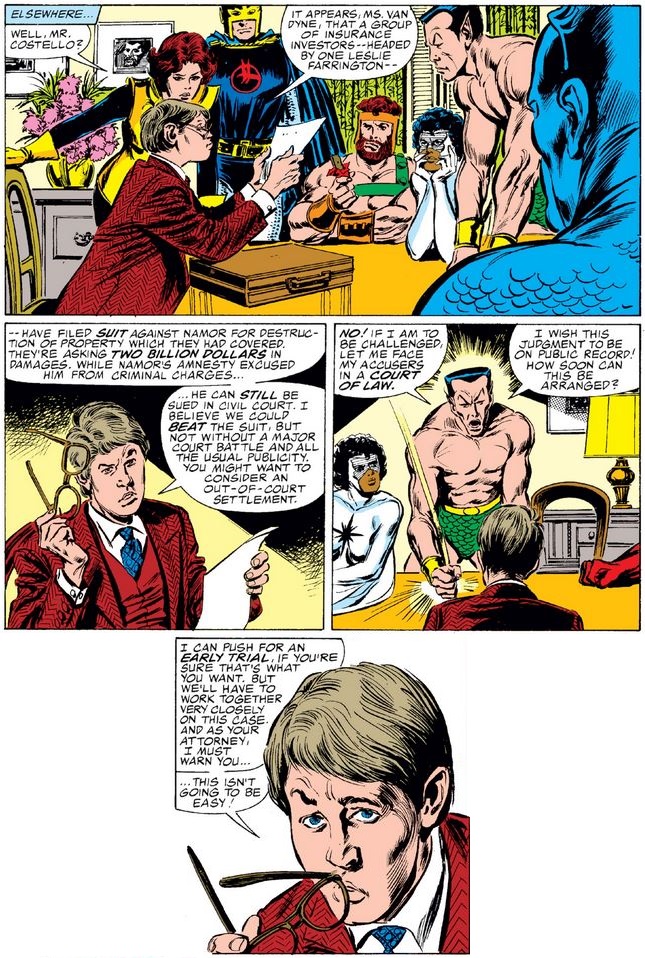 Admirably, Namor wants to confront this openly and honestly, but he has more pressing matters to worry about after he learns that his enemy Attuma has abducted his love Marrina, and must return to Atlantis to free her. (See the next post for the “complete” story.)