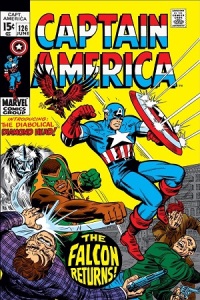 This issue sees the return of Sam Wilson, a.k.a the Falcon, who will soon join the book as a co-title character. The story is fairly light on ethical content about Cap, but does deal with the intentional fomenting of racial tension and hatred that, like Avengers #32-33, has all-too-clear echoes today.

As the issue opens… well, the exposition spells it all out: 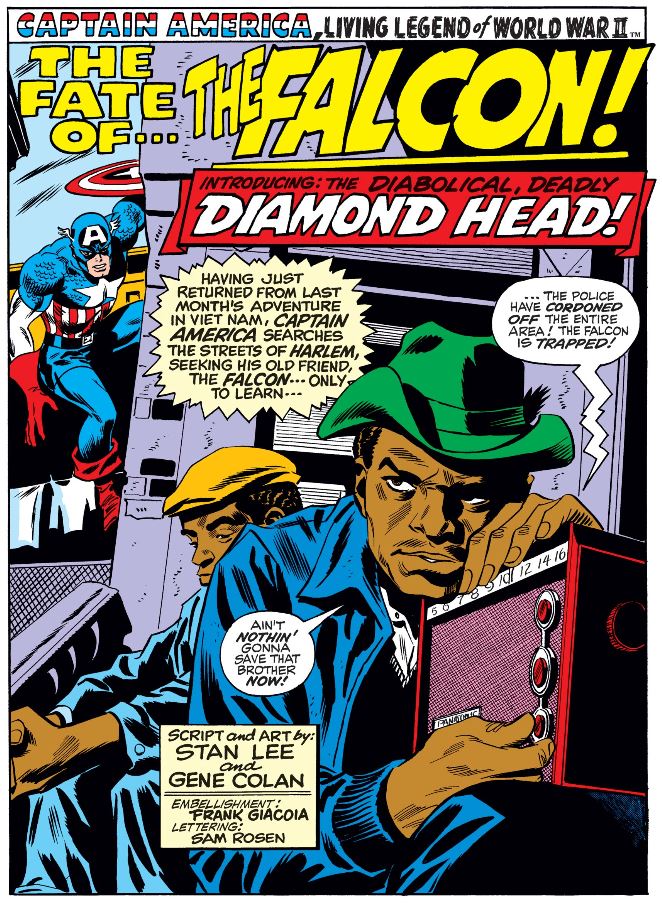 Cap searches for his friend, never doubting his innocence—although his thoughts would suggest he’s worked side-by-side with him for years, not two adventures! 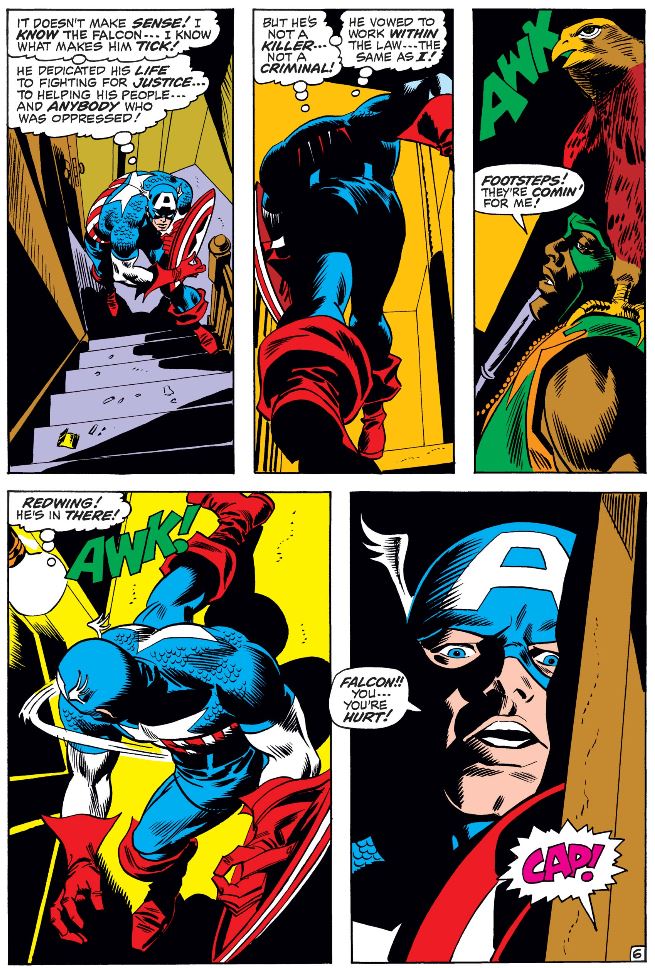 When Cap finds him, Sam has a chance to explain the situation, and is surprised to find out Cap believes him—to which Cap takes offense (naturally!). 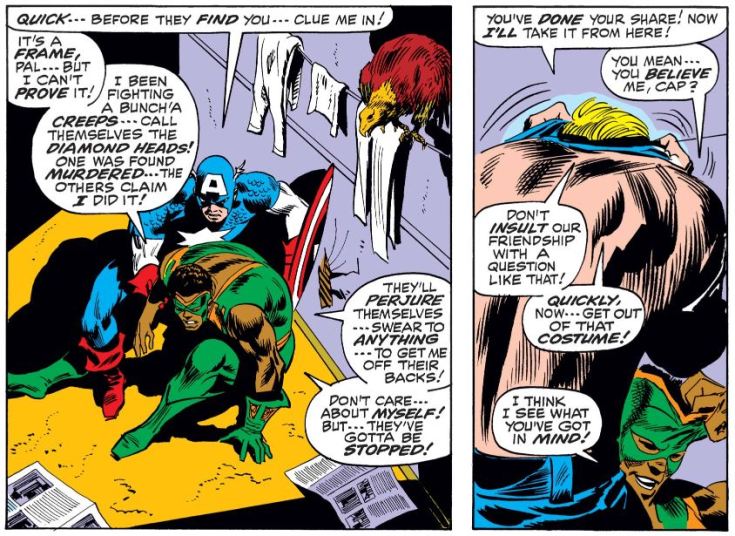 Sam will wield the shield himself as Captain America starting with Captain America, vol. 7, #25 (December 2014), but he first got the chance to wear the reds, whites, and blues much earlier than that—albeit as a way to sneak past the police. 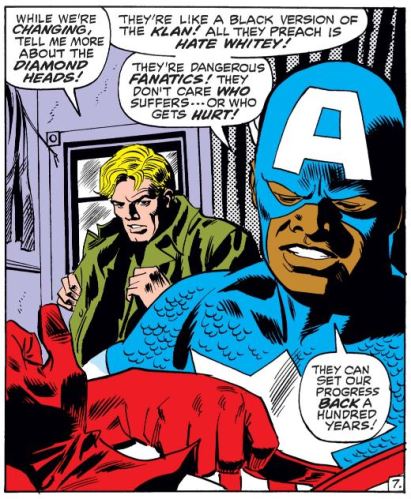 (I don’t presume to be qualified to discuss the racial politics of Sam’s analogy, but I couldn’t let it pass without note.) 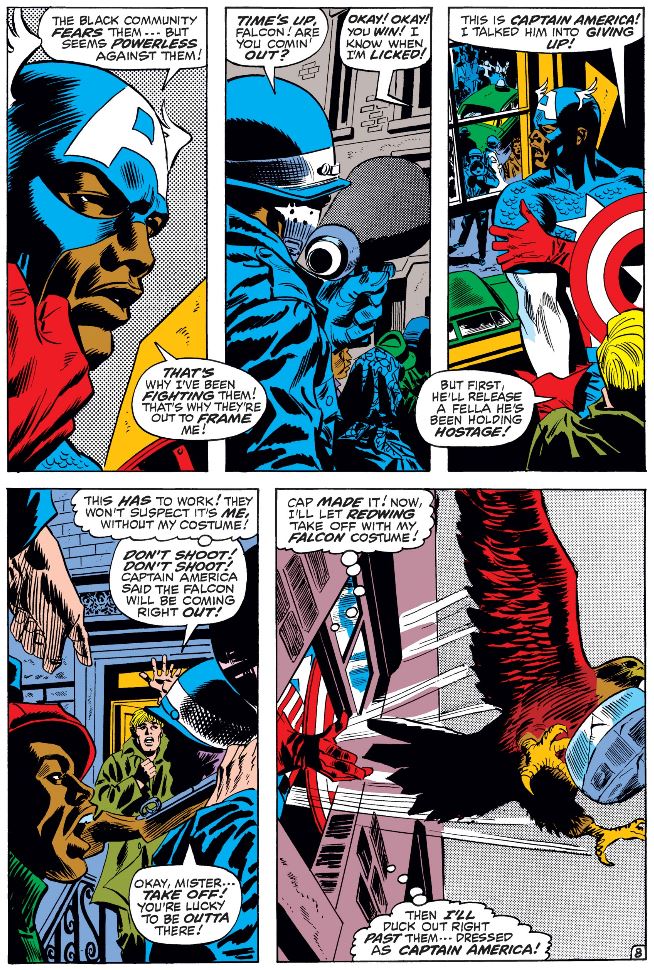 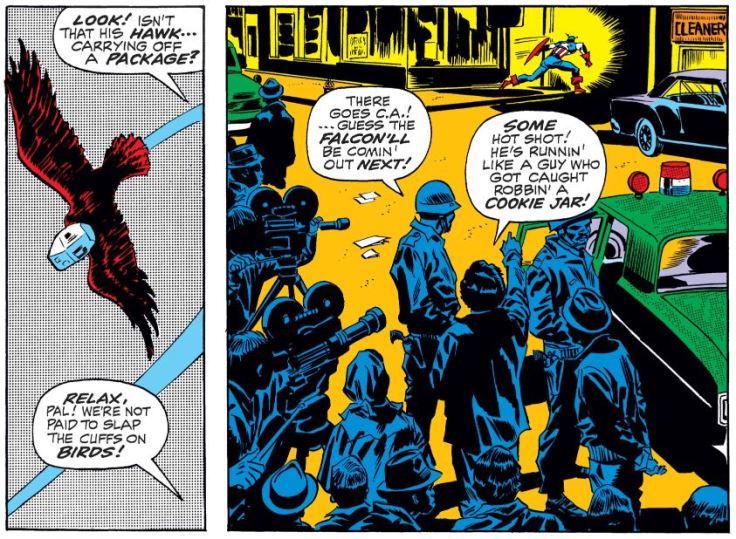 Actually a pretty clever getaway plan—although it makes me chuckle to remember Cap’s thought earlier about both he and Sam vowing to work within the law!

Once they’re safe, Cap gets another chance to play detective, as he did a few issues ago (#123). 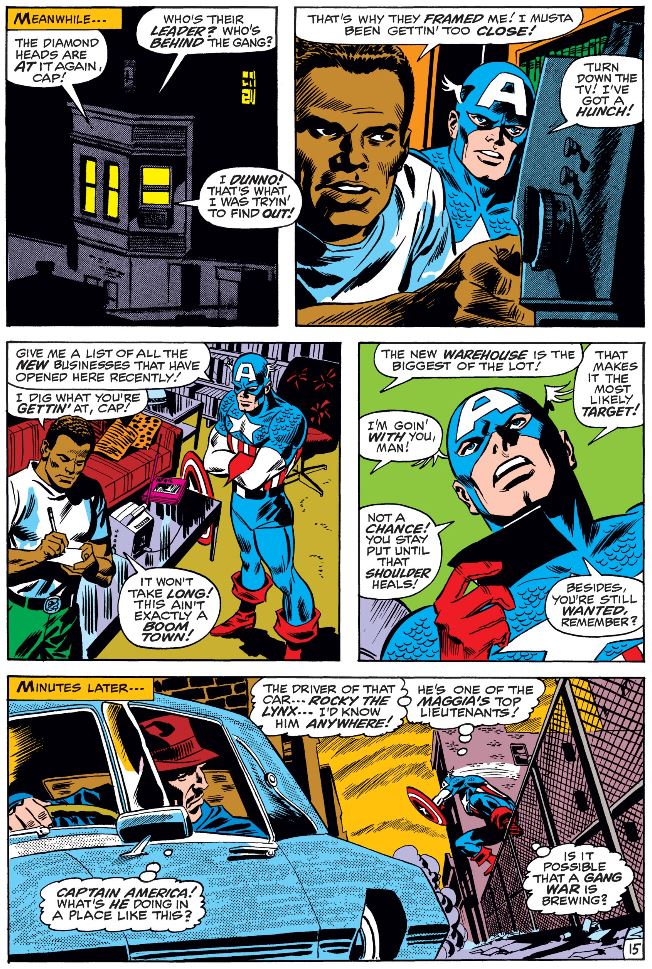 When Cap finds the Diamond Heads’ hideout, he gets a chance to preach about skill versus strength… 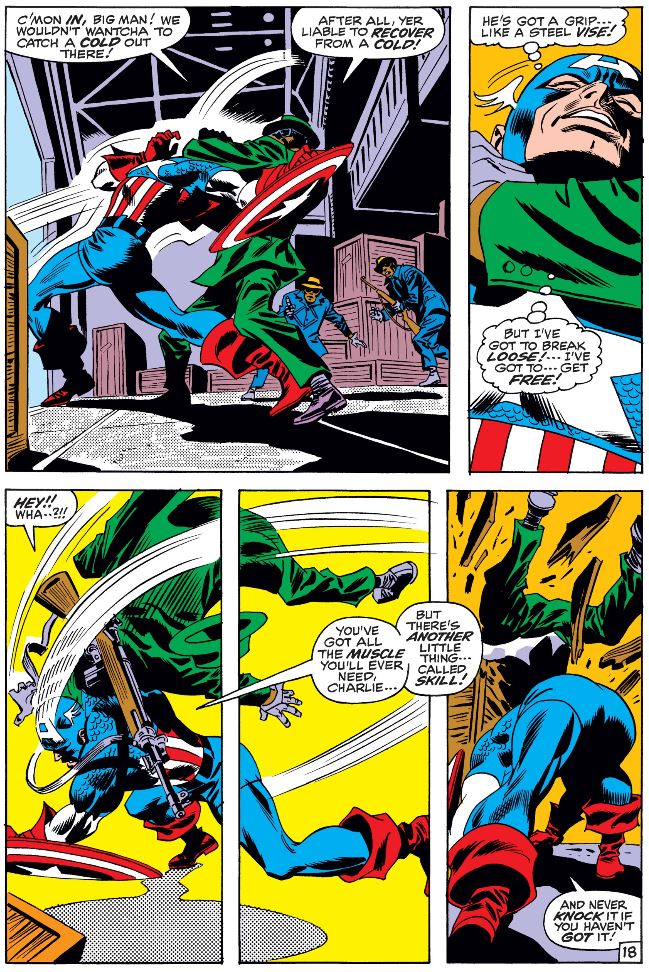 …until bullets are introduced into the picture, at which point he relies on wooden crates to shield him instead of, y’know, his shield, until the Falcon rejoins the fight. 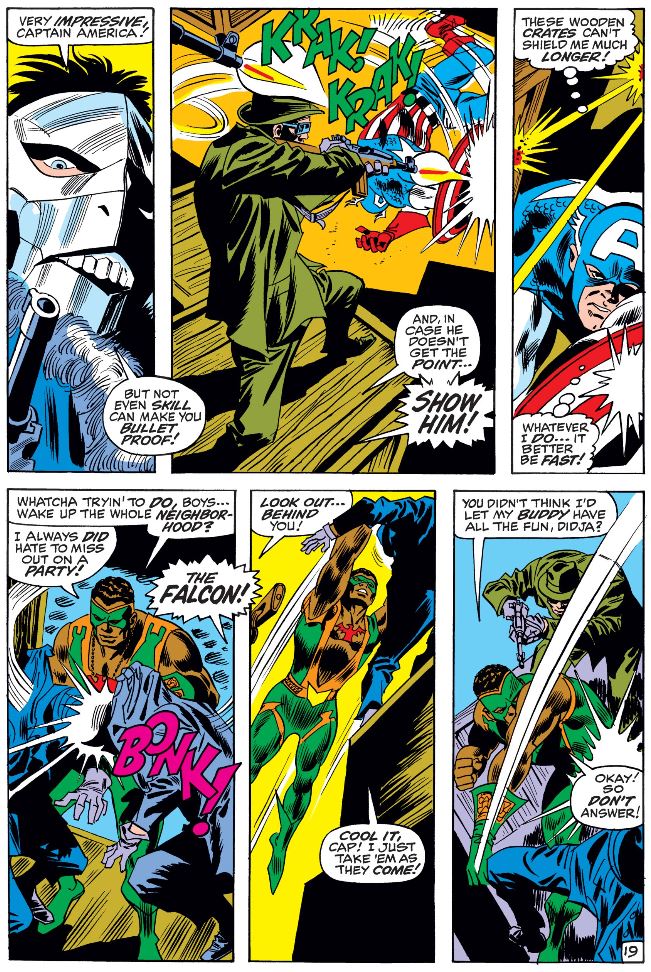 (You know, Cap told Sam to stay put to let his shoulder heal, and nonetheless Sam suited up and joined him, but Cap doesn’t hold it against him like he did with Sharon and Nick two issues ago. Just sayin’.)

And here’s your Scooby-Doo moment to wrap up the caper. (Now it all makes sense!) 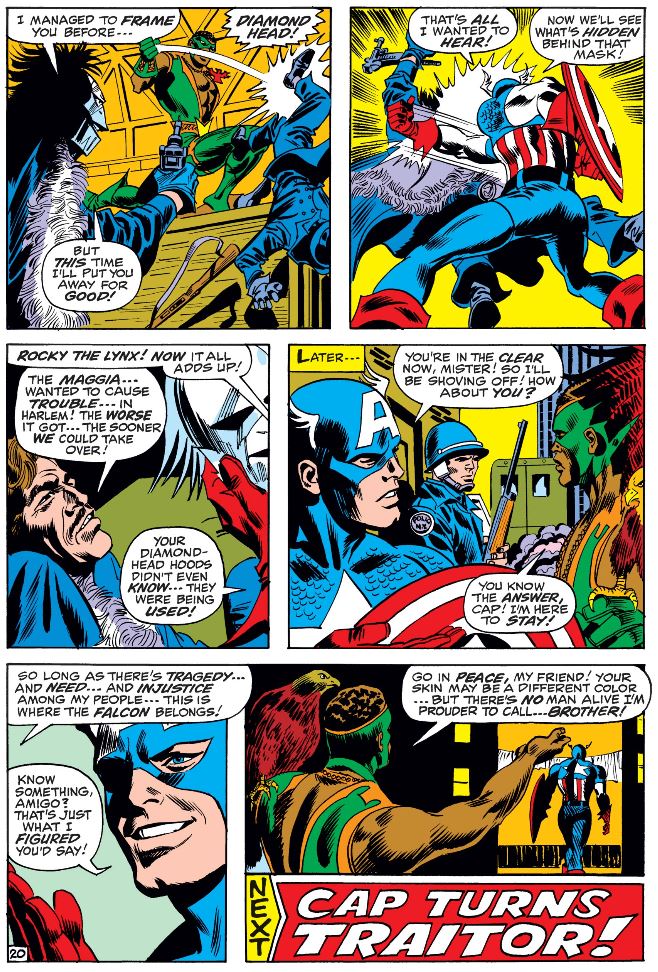 At the end of the final page, Cap seems happy to be reassured of the kindred spirit of his future partner, but still sulks away, as he does in so many issues in this period.