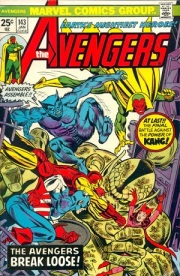 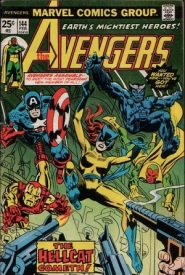 These four issues see Captain America’s return to the Avengers after a long spell away while he was battling the Secret Empire, abandoning his superhero identity to become Nomad, and then dealing with the Red Skull and the revelations about the Falcon’s past. (See the posts on Captain America from issue #169 to issue #192.) These Avengers issues continue to be written by Steve Englehart (who also wrote most of the Cap stories mentioned above) and introduce one of my favorite pencillers, George Pérez, to the title.

There are several storylines going on in these issues, and as usual I will only discuss the one involving Cap, which continues the Serpent Crown/Roxxon Oil thread from Captain America #182. Unfortunately, that means skipping Thor and Moondragon traveling back to the Old West to find a time-displaced Hawkeye and then fighting Kang, which takes up most of issues #142 and 143. But we do meet a brand new hero, see an old Hawkeye/new Golden Archer from another dimension (and his superfriends), and hear some welcome banter between Cap and Iron Man… not bad for basically one comic’s worth of Cap!

Issue #141 starts with some goons jumping the Beast (Hank McCoy), which Cap just happens by. 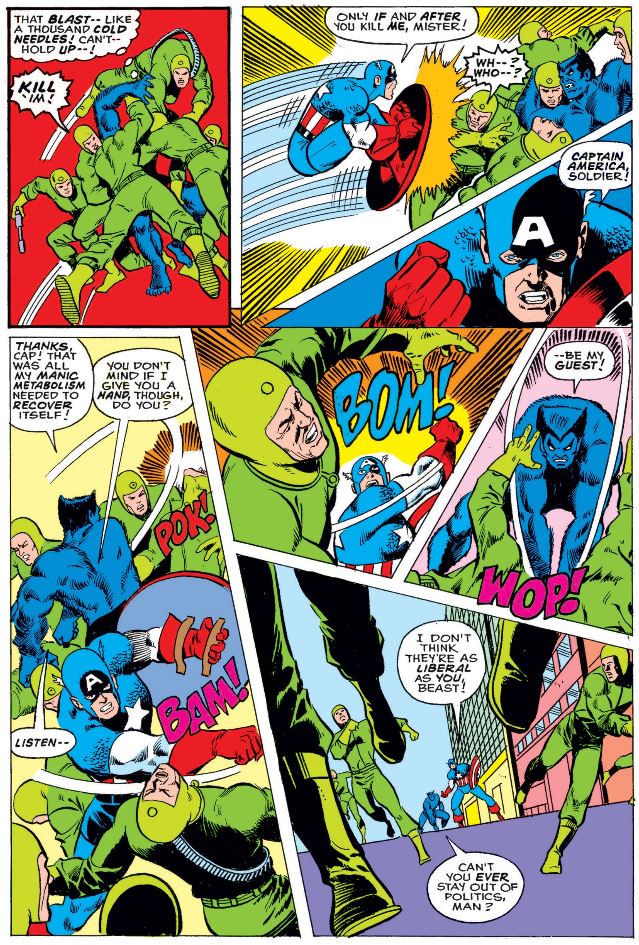 I honestly don’t know what to make of either hero’s comment in that last panel. (After all, everyone knows that there was no politics in comics until right now!)

Afterwards, Cap updates Hank on why he just happened by and who the goons that jumped him were, as well as recent events in his own life relevant to Roxxon Oil.

Yes, the title of the book you’re in… c’mon Cap, catch up!

We now return to our regular programming: General Hospital, already in progress, with Janet van Dyne (the Wasp) and Hank Pym (most recently Yellowjacket) recovering from injuries suffered in the last few issues, when Cap and the other Hank burst in rather abruptly.

I guess Cap’s settling back into the team scene pretty quickly!

After the Avengers meet and talk, Thor and Moondragon go off to find Hawkeye and confront Kang, which takes up much of the next two issues. Also, the Beast confronts his “stalker,” Patsy Walker, originally a teen-humor character introduced in 1944 and published continuously through the mid-1960s, then brought into Marvel continuity as a guest at Reed and Sue Richards’ wedding in Fantastic Four Annual #3. (Fans of Netflix’s Jessica Jones know her as Trish Walker.)

As the rest of the Avengers prepare to investigate the Brand Corporation, which they suspect is linked to Roxxon Oil and the troubles there, the Beast wants Patsy to tag along, and when Cap is understandably skeptical (and maddeningly rule-focused), Hank brings up a name from Cap’s past… and point goes to the Beast.

The two teams fight, of course, and Cap is a bit confused at the sight of Golden Archer, who used to be called Hawkeye, who looks just like our Hawkeye did when he called himself Golden Archer in Captain America #179. (Got it?) Happily, the Golden Archer explains below (in an oddly trimmed image, thanks to the diagonal panels which are definitely not going to be a pain for me in the future, no siree).

Feel free to draw your own pictures in the empty space above, kids!

The Squadron Supreme defeat the Avengers (and Patsy), and in issue #142 we find them imprisoned… 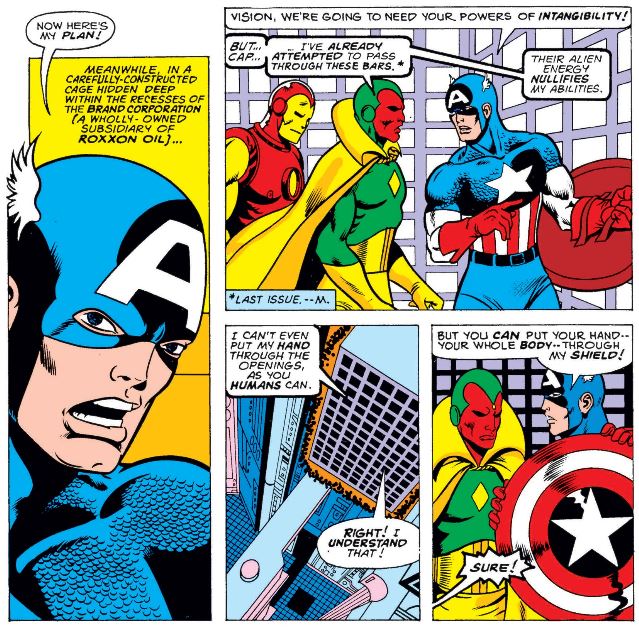 But unless the shield was forced through bars somehow, or interrupted their energy, Vision still has to go through them (or the holes between them)… as clearly shown above.

In issue #144, the newly freed Avengers (and Patsy) face missiles, and Cap finds a more natural use for his shield, one that not only makes some sense but allows him to show off his skill with the shield, his acrobatics, and his calm under pressure (as the exposition emphasizes)…

…not to mention his well-practiced maneuvers with his regular crimefighting partner Iron Man.

Wait, when did he develop teamwork with Iron Man?

Regardless, their camaraderie is on display, as Patsy notices.

In fact, the rest of the panels I have to show you focus on Patsy… but not before we see more of Cap and Tony getting mushy.

They stumble on a costume, which belonged to… hey, why don’t I let Tony explain for once:

But right after he asks her if she could “play Cat,” Cap has second thoughts, falling back into his reluctance to put young people in danger, given his losses—including Roscoe, the young man who took up being Cap while Cap was Nomad, and was killed by the Red Skull in Captain America #183. (He seems to relent fairly easily, though.)

Now that’s a Cap-and-Tony panel for the ages! 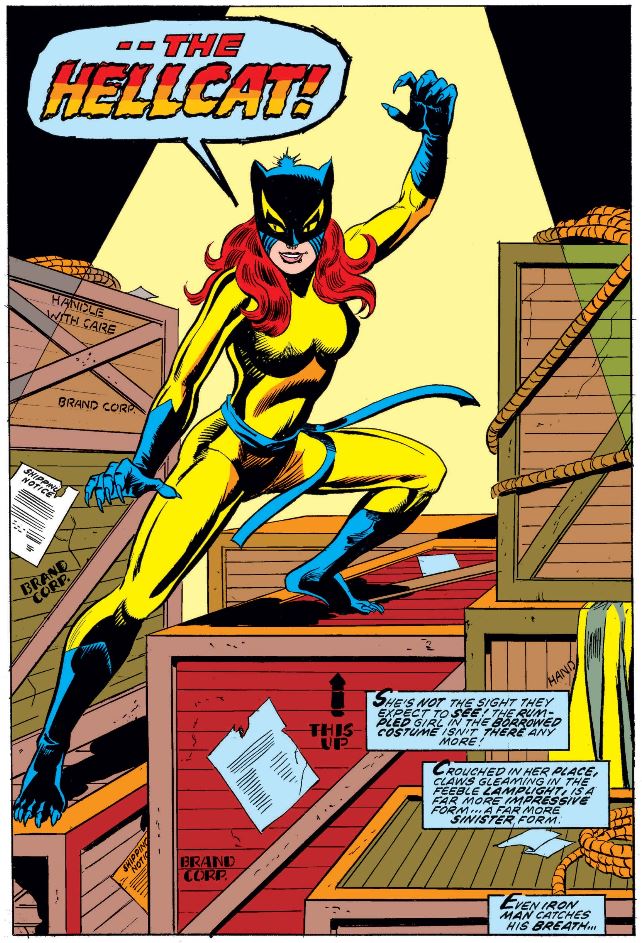 After that, the Avengers again face the Squadron Supreme, and both teams are transported by the heads of Roxxon and Brand to the Squadron’s own dimension… where the story picks up in issue #147 (after a two-part fill-in tale in issues #145-146).

All collected in: Avengers: The Serpent Crown and Marvel Masterworks: The Avengers Volume Fifteen.